Are you tired of all the boring flooring that literally everyone has? Do you want your home or business to stand out from the rest of them? We have something for you if these thoughts strike your fancy. We are offering our metallic epoxy to our neighbors in Phoenix Arizona at cut-throat prices so everyone can get the chance to experience such a marvelous flooring. Heres how metallic epoxy can change the dynamic of your home or business!

WHERE TO USE A METALLIC EPOXY FLOOR 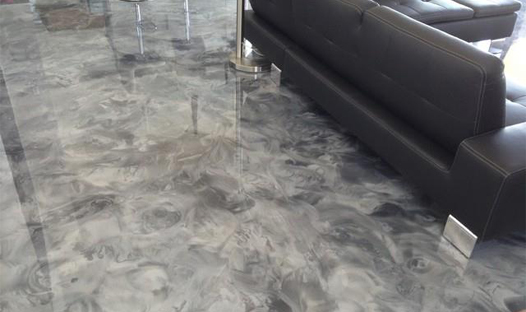 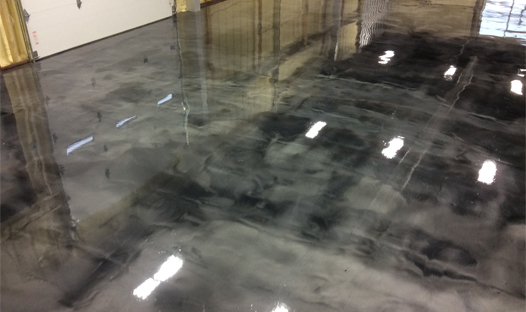 While metallic epoxy in Phoenix is mostly used in the residential setting, it still sees its fair share of use in both commercial and industrial facilities. Many commercial facilities trust metallic epoxy for its USDA approval, so it can be used in areas that handle food or even in areas like in hospitals. This is because metallic epoxy has a seamless finish so there is no chance for germs to remain hidden, causing health hazards, and the seamless surface is incredibly easy to disinfect as there are no cracks and crevices to worry about. One swipe and you are done!
Industrial facilities use epoxy flooring for its ability to handle heavy objects and resist damage. Metallic epoxy in Phoenix is a 100 percent solid epoxy system, which is the strongest epoxy system available on the market today. Metallic epoxy is able to handle up to 3500 psi, making it one of the strongest floorings on the market.

We will do your job right the first time!

WHY USE A METALLIC EPOXY FLOOR?

The biggest question that you can ask is why should you use a metallic epoxy? Well, there are hundreds of reasons that metallic epoxy can be and should be your next flooring. So, down below we have outlined only a few of the benefits that our clients have loved about their metallic epoxy floor: 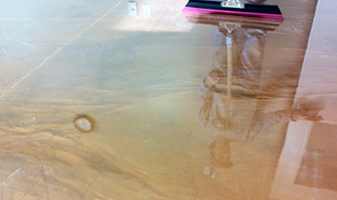 Another common belief is that you have to wax and polish a metallic epoxy floor to keep it shiny but this is completely false. While metallic epoxy in Phoenix can be polished and waxed, it is considered overkill. All that shine comes from the top coat and the metallic pigments inside of the epoxy floor. All that you will need to maintain the metallic epoxy in Phoenix is a soft bristle broom or a dust mop to remove all loose debris. After all loose debris has been cleared, all you will need after that is a standard wet mop to wipe the flooring down! 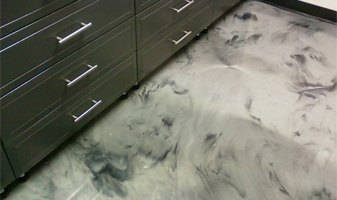 There is a reason why so many commercial facilities, food processing plants and restaurants use a metallic epoxy. For one, metallic epoxy looks amazing and can be a great indication of success in a restaurant as it looks very modern and high end. The other reason is much more important as it is the approval from the USDA for use in these facilities. This is because metallic epoxy in Phoenix has a seamless finish, so no types of food or germs have a place to hide away and form mold or other types of health hazards. 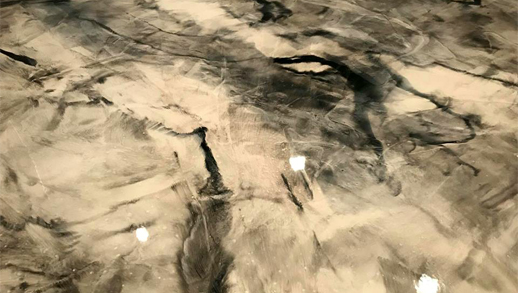 WHAT IS METALLIC EPOXY?

After these two elements are introduced to each other, the metallic pigments are added to fulfill any level of metallic agents are required to achieve a certain effect. Since this a 100 percent solid epoxy system, it is recommended that the epoxy is squeegeed on instead of being either rolled or being trowelled on. This mixture of epoxy is going to last well over 20 years!